As ZDNet reports, in the past there have been numerous cases of enforced best practices, or how the lack of such may lead to unpleasant results:

CNN reports a BP laptop computer containing the private information of about 13,000 individuals who filed oil-related claims after last year’s oil spill has been lost, according to the oil giant. The laptop contained names, addresses, phone numbers, dates of birth and Social Security numbers for those who filed claims related to last year’s Deepwater Horizon spill. 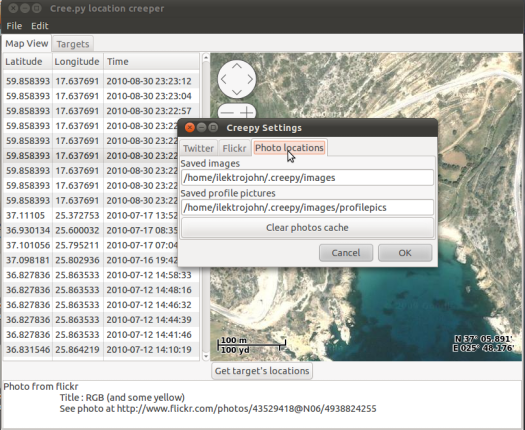 Cree.py application knows where you’ve been

A new Python-based application called Cree.py uses geolocation data from social networks and image hosting services to build a minute by minute time line of a person’s movements. The author, does not think that creating the geolocation aggregator is disturbing; he says in the FAQ though, that he finds the fact that people are publishing that data in the first place is. More info on H-Security.