Keeping up with BlueKeep; or how many internet-facing systems, and in which countries and industries, remain ripe for exploitation? As of early July, more than 805,000 internet-facing systems remained susceptible to the BlueKeep security vulnerability, the news of which spooked the internet two months ago and prompted a flurry of alerts urging users and organizations … END_OF_DOCUMENT_TOKEN_TO_BE_REPLACED

ESET research discovers a zero-day exploit that takes advantage of a local privilege escalation vulnerability in Windows. In June 2019, ESET researchers identified a zero-day exploit being used in a highly targeted attack in Eastern Europe. The exploit abuses a local privilege escalation vulnerability in Microsoft Windows, specifically a NULL pointer dereference in the win32k.sys component. Once … END_OF_DOCUMENT_TOKEN_TO_BE_REPLACED

Microsoft will soon add a new feature to its OneDrive cloud storage that is designed to ramp up security for your most sensitive files. Dubbed OneDrive Personal Vault, this ‘partition’ of your OneDrive account will only be accessible using “a strong authentication method or a second step of identity verification, such as your fingerprint, face, PIN, or … END_OF_DOCUMENT_TOKEN_TO_BE_REPLACED

The alert comes on the heels of Microsoft’s second advisory calling on people to take action before it’s too late. The United States’ National Security Agency (NSA) has issued a rare alert urging Windows users and administrators to waste no time in patching the critical ‘BlueKeep’ security flaw in older Windows systems. “This is the … END_OF_DOCUMENT_TOKEN_TO_BE_REPLACED 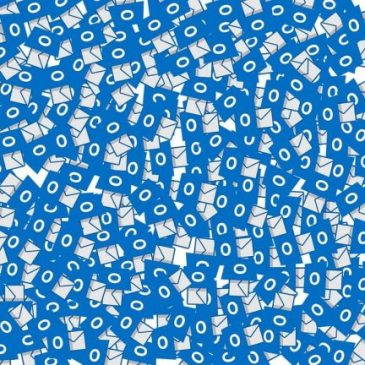 Some users of Microsoft’s web-based email services such as Outlook.com had their account information exposed in an incident that, as it later emerged, also impacted email contents. Microsoft has acknowledged a security incident that, for almost three months, gave hackers access to information related to an unknown number of email accounts on the tech giant’s … END_OF_DOCUMENT_TOKEN_TO_BE_REPLACED

ESET Ireland warns Irish businesses to pay attention to a fraudulent email phishing for login details to Microsoft Office 365. The email pretends to come from the “Azure team” of Microsoft Office 365 and claims that the potential victim’s subscription will be disabled unless they “update their information”. Once clicking on the “Update account information” … END_OF_DOCUMENT_TOKEN_TO_BE_REPLACED