The first week in security video round-up from WeLiveSecurity. Welcome to the first ever week in security video round-up. This weekly video will bring you some of the biggest industry news that we have covered here on WeLiveSecurity. The videos will be presented by ESET’s Global Security Expert & Industry Ambassador Tony Anscombe. In this week’s cybersecurity … END_OF_DOCUMENT_TOKEN_TO_BE_REPLACED

The notorious ransomware prompted fears that aircraft production could be impacted WannaCryptor, also known as WannaCry, is said to have reared its ugly head again, striking a Boeing production facility in North Charleston, South Carolina, on Wednesday, the Seattle Times reports. Unlike in May 2017, however, the new attack doesn’t appear to have inflicted any significant … END_OF_DOCUMENT_TOKEN_TO_BE_REPLACED 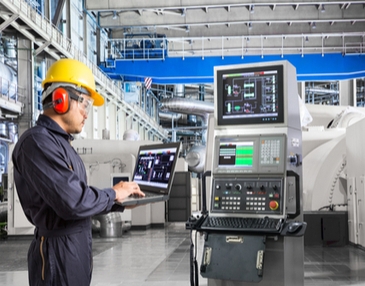 Written by Peter Stancik, ESET We Live Security Last month, ESET researchers confirmed the discovery of a new type of sophisticated malware now known as Industroyer, highlighting the threat posed to industrial control systems. Indeed, this is considered to be the first-ever designed to affect ICS industrial control systems directly, and is thought to be behind the December … END_OF_DOCUMENT_TOKEN_TO_BE_REPLACED

On December 17th, 2016, the Ukrainian capital Kiev was hit by a blackout for about 75 minutes. Local investigators later confirmed that the energy outage was caused by a cyberattack. Shortly thereafter, ESET researchers analyzed a sophisticated new malware, which is the main suspect in this case. They have named it Industroyer – the biggest threat to Industrial Control … END_OF_DOCUMENT_TOKEN_TO_BE_REPLACED

The 2016 attack on Ukraine’s power grid that deprived part of its capital, Kiev, of power for an hour was caused by a cyberattack. ESET researchers have since analyzed samples of malware, detected by ESET as Win32/Industroyer, capable of performing exactly that type of attack. Whether the same malware was really involved in what cybersecurity … END_OF_DOCUMENT_TOKEN_TO_BE_REPLACED