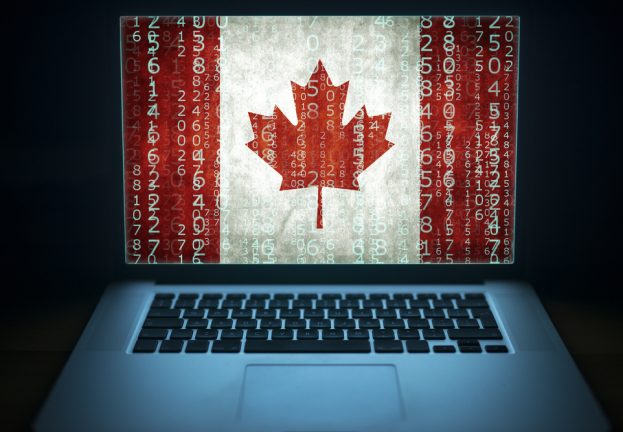 90% of Canadians surveyed agreed that cybercrime was an important “challenge to the internal security of Canada”.

According to new research being published today, most Canadians now see cybercrime as a threat to their country, while many also believe that their chances of being victimized by cybercrime are increasing. These are some of the key findings of the ESET Cybercrime Barometer 2018, a survey that polled 3,500 adults in North America (1,000 in Canada and 2,500 in the US).

Speaking as a seasoned surveyor of cybersecurity issues, I was shocked when I saw that nine out of 10 Canadians surveyed agreed that cybercrime was an important “challenge to the internal security of Canada.”

Frankly, I was just as shocked to see that respondents thought cybercrime was a more important challenge than terrorism, human trafficking, or money laundering. Almost equally worrying was the finding that less than half of Canadians think that the authorities, including law enforcement, are doing enough to fight cybercrime.

What kind of barometer is this?

The ESET Cybercrime Barometer was put together to assess the public’s attitudes toward, and experience of, cybercrime and cybersecurity. What makes it different from other surveys – like those designed by companies that sell security products and services – is that this “barometer” uses a set of questions that is consistent with similar surveys conducted in the EU for the European Commission. The intent is to produce data that can be used with confidence by policy makers and decision makers because the results will withstand challenges based on accusations of survey design bias.

You can download the 2018 report for Canada here: ESET Cybersecurity Barometer Canada (The US report will be published in a few weeks.)

For me, the most striking finding was the depth of concern about the threats posed by cybercrime. This should be a serious wake-up call to public officials and the executives of, and investors in, any enterprise that relies on consumer participation in online activity.

Additional findings of interest document some of the ways Canadians are reacting to cybercrime, including a small but worrying percentage who are using the internet less these days due to privacy and security concerns. There are some interesting regional variations in these responses to cybercrime.

The report also documents the extent to which concern about certain cybercrimes is disproportionate relative to the rate at which such crimes are experienced. For example, it would seem that Canadians worry a lot about becoming a victim of identity theft, but relatively few report actually experiencing this crime. A possible explanation for this is provided in the report.

In my opinion, these survey results are the strongest indication yet that, unless cybersecurity and cybercrime deterrence are treated as priorities by government agencies and corporations, the rate at which systems and data are abused will continue to rise, further undermining the public’s trust in technology. As I say in the report, maintaining and increasing that trust is vital to Canada’s economic well-being, now and in the future.