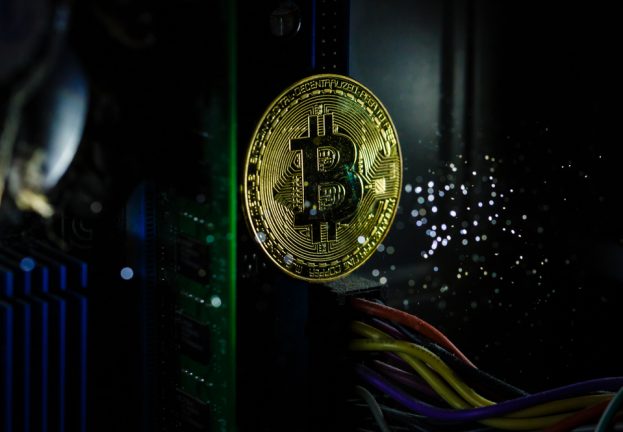 South Korea is banning the use of anonymous bank accounts for buying and selling virtual currencies, a move that is aimed at clamping down on crimes co-opting the currencies as well as at reining in the speculative frenzy that has gripped the country.

The measure, which was in fact several weeks in coming, was announced by the country’s Financial Services Commission (FSC) on Tuesday and will take effect on January 30.

The country is one of the world’s major hubs on the cryptocurrency markets. Over 2 million people – or some 4 percent of the country’s entire population – are estimated to be digital-currency investors.

Vice-chairman of the country’s financial regulator FSC, Kim Yong-Beom, was quoted by Reuterssaying that, as of January 30, cryptocurrency traders in South Korea will not be allowed to make deposits into their virtual currency exchange wallets unless the name on their bank accounts matches the account name in cryptocurrency exchanges.

“We expect that crypto currency exchanges that are in danger of being exploited for money laundering will be thrown out of the market,” Kim was quoted by the Associated Press as saying.

As part of the policy, underage individuals and foreigners without local bank accounts will be barred from trading in virtual currencies. Banks will be required to share information about cryptocurrency exchanges with each other and will need to watch more closely for transactions that may be linked to crimes.

“THE GOVERNMENT MAY DOUBLE DOWN FURTHER, AS AN OUTRIGHT BAN ON THE EXCHANGES IS REPORTEDLY ALSO BEING CITED AS A POSSIBILITY”

The “real name policy” is designed to “reduce room for cryptocurrency transactions to be used for illegal activities such as crimes, money laundering and tax evasion”, according to a statement on the FSC’s website. The statement is generally heavy on the country’s effort to curb speculation and all manner of illegal transactions involving digital currencies. Once the measure is in place, the existing “anonymous accounts that have been widely used to trade cryptocurrencies will no longer be in use”, continues the statement.

The move is the latest measure aimed at reining in the cryptocurrency sector and at tightening the country’s previously light-touch approach in this field. On Monday, the South Korean government announced that the country’s digital currency exchanges would be subject to corporate and local income taxes.

The government may double down further, as an outright ban on the exchanges is reportedly also being cited as a possibility. Its recent efforts, however didn’t go down well with hundreds of thousands of South Koreans.

Meanwhile, France and Germany announced last week that they would present a joint proposal aimed at regulating bitcoin this March.

As is their wont, cryptocurrencies and its varied services have been through tumultuous times in recent days, providing a sense of familiarity from 2017. Last week, popular cryptocurrency lending and exchange platform Bitconnect announced, rather abruptly, that it would shut up shop, blaming cyberattacks and bad press for the closure. Apparent scams designed to exploit the ensuing confusion weren’t long in coming.

Midway through January, some $400,000 worth of the virtual currency, Stellar Lumen, was stolen from the accounts of users of BlackWallet.co, a web-based wallet for the digital currency, in an attack known as DNS hijacking.

Putting cryptocurrency thefts into perspective, a report that consultancy firm Ernst and Young released on Monday revealed that some $400 million of the total of $3.7 billion raised through initial coin offerings (ICOs) between 2015 and 2017 were lost or stolen in hacks.

A paper released earlier in January indicates that a rally in bitcoin’s value from $150 to more than $1,000 within two months in late 2013 was probably the work of a single person or group. The conclusions of the research lend some credence to claims that the prices of virtual currencies are subject to a heavy dose of manipulation.

And that increase was before the currency embarked on a staggering rally last year, soaring almost twenty-fold from around $1,000 between January and the middle of December of last year. The currency has been on a sort of jagged trajectory ever since, although going mostly downwards, all the way to its current value of just above one-half of the peak price. Other main virtual currencies have largely followed suit.